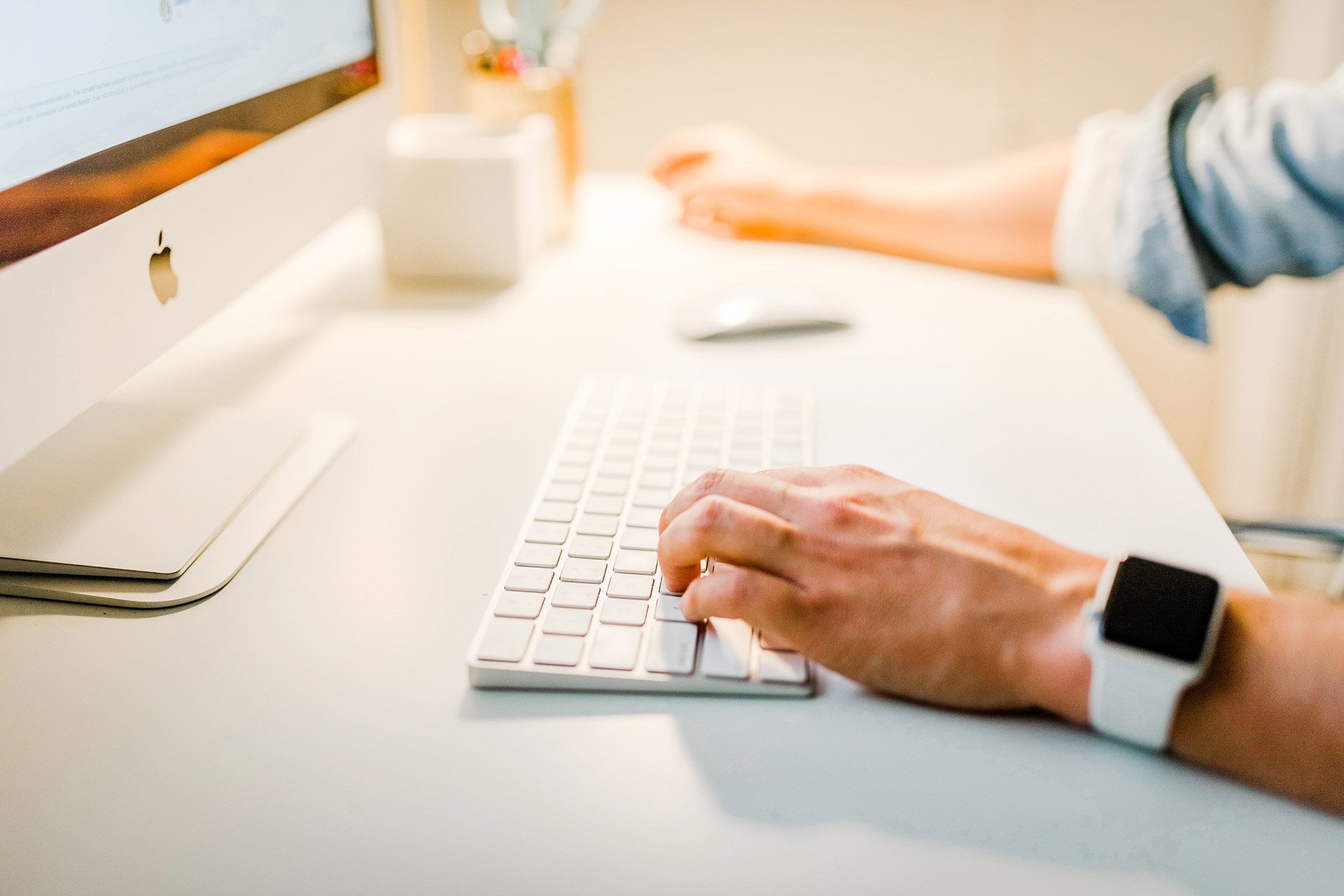 Learn how to get your certification

Consult with us, and we will assess your property 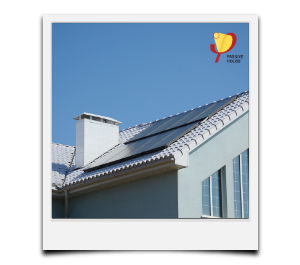 In prioritising performance in the design and construction of new buildings, or renovating older ones, we could work, learn, and live in delightful buildings with exceptional air quality. At an individual level, people would be healthier, happier, and more productive due to the comfort brought by cleaner air and comfortable temperatures. On a collective level, we can cut down on Australia’s CO2 emissions and start weening off our reliance on the fossil fuel industry. We can expect these buildings to be more durable, require less maintenance, have higher resale values, be easier to lease, and cost much less to operate.

From homes under 100m2 to accommodations for university students, from child care centres to museums, 25 Passivhaus buildings have been built across the nation. A large swing in momentum means that there are over 320 Certified Passivhaus professionals, compared to a modest 50 professionals five years ago. These professionals include architects, consultants, building designers, and tradespeople.

A certification requires thorough documentation and careful planning from the initial design phase
up through its final stage of construction. The quality of the building is independently verified
through on-site testing and a review of project documentation. An independent expert (Passivhaus
certifier) must confirm that the building was constructed just as designed and will meet Passivhaus
performance targets. Having been approved by the certifier, the international Passive House
Institute (PHI) issues the certification upon a final independent review process. Certification ensures
that the building meets performance predictions that were outlined in the initial design phase. A
certification could also entail a premium when a building is sold as has happened overseas
(California, sales of single-family homes with third party certifications are averaging a 7% premium).
There are three key targets: the number of air changes per hour, the amount of energy needed for
heating and/or cooling and the building’s total consumption of energy. As well as the original
Passivhaus Classic, there are three related standards for new buildings plus another for retrofits.

Passivhaus focuses on the universal fundamentals for human comfort and health along with energy efficiency. When preferred, Passivhaus is able to work alongside other sustainable or specialist certifications. For example, a building could easily meet requirements for both Passivhaus and Living Building Challenge targets. A home like this would excel in terms of human health, energy and building efficiency, and produce net zero water and waste. Similarly, Green Star has a ‘crosswalk’ for projects targeting twin certifications which provides Green Star credits for projects that obtain Passivhaus certifications.

What makes a certified

Excellent insulation: the building has continuous insulation surrounding its perimeter. The amount and its location will vary depending on the design, materials chosen, and specific climate zone of the area.

No thermal bridges: they contribute to fluctuations in indoor temperature and could also lead to moisture issues causing mould. In using special materials and construction techniques to create ‘thermal breaks’, a Passivhaus will be able to stay a perfectly comfortable temperature range regardless of outside weather.

High-performane windows and doors: with double glazing as a standard and triple glazing when necessary (specific climates require it), builders can better regulate the building’s energy efficiency. Glazing performance is further enhanced by using high-quality spacers for glass panes, glass coatings, and argon fill. In doing so, heat loss is reduced by three-quarters.

Mechanical ventilation: this addition guarantees fresh and clean air at all times within the building. This continuous ventilation delivers fresh air that has been filitered of dust, pollen, and other pollutants, while extracting stale and moist air at the same time. A heat exchange system recovers up to 95% of the energy in the stale air being removed. The energy is then used to warm incoming air if its cold outside. ‘Airtight’ doesn’t mean a lack of ventilation, it means that the building can continuously ventilate itself without needing to open doors and windows.

Energy modelling at design stage: Passivhaus buildings are a sum of their parts, meticulously designed to enhance health and comfort conditions while requiring less energy to operate. Designers use a software suite called Passive House Planning Package (PHPP) to model different components and the way they interact with each other to accurately predict the overall performance of the building. This is the single most distinguishing factor of a Passivhaus building. It is a pivotal aspect of the design phase where all relevant elements are adjusted to reach desired performance levels. This is the heart of Passivhaus’ flexibility and reliability without which it would be impossible to predict a building’s performance prior to construction.

Vancouver, the city with the greenest building codes in North America, has required all rezoning applications to meet low emissions building standards since early 2017. This had driven interest and an increase in buildings obtaining Passivhaus certifications. Research shows that the certification costs approximately 2-7% more to build but reduces operational costs by 20-25% (Vancouver). This public policy initiative has also created highly-skilled job opportunities for the region. Similar initiatives were also pushed by the likes of New York City and the Chinese government where investments have produced optimistic results.

Initially, early adopters in Australia were mainly taken up by those who had lived in other countries with higher standards of building codes however, a large momentum has driven much interest in the project. The Australian Passive House Association (APHA) has been taking an active role in educating the design and construction industries, including building owners. APHA has grown up to 328 members since September 2020 that includes 167 Passivhaus designers and consultants. In offering training courses around the country, the amount of Passivhaus tradespeople are on the rise with Passivhaus buildings having been successfully certified in five states and territories.

CONSULT WITH US TODAY

Our ESD team will be around to solve any of your projects problems well into the future!

Electricity and gas used for indoor cooling and heating represents a quarter of Australia’s greenhouse gas emmissions. Improving Australia’s buildings is a worthwhile approach to reduce the demand for fossil fuels, thus playing a significant role in mitigating climate change. The Evidence-driven changes that promote systems thinking contained in Passivhaus design is a key venture that is in alignment with thought processes necessary to grapple with climate change.

Keeping cool: 2018 saw Australia being dubbed “hottest place on Earth” when temperatures topped 45 degrees Celsius in NSW, Queensland, Victoria, and South Australia. The year that followed was worse. The rampant effects of climate change, namely extreme weathers, have already started to take shape. This necessitates improvements in building infrastructure that are durable enough to withstand these consequences. Heatwaves have outlined the vulnerabilities of Australia’s power grid. With rise in temperature, there will also be a rise in energy consumption as people attempt to cool off. Requiring up to 90% less energy to keep cool, Passivhaus buildings are much safer, cheaper, and eco-friendly than their code-minimum counterparts. Similarly, in events of power outtages during winter storms, Passivhaus buildings will stay warmer for longer.

Bushfire refilience: Australia saw the worst cases of bushfires in 2019 and 2020, causing many Australians to reconsider their emergency plans for the upcoming fire seasons. Those who were not caught up in the devastation still lived with the aftermath where millions were impacted by the smoke and air pollution that lingered weeks after the fires have died down. Passivhaus buildings were constructed in such a manner to be able to filter out much more of the pollution this may cause, keeping the indoor air quality at a high level.

Homeowners: if you are contemplating on a new building or major renovations, this may be the time to consult with architects or designers with Passivhaus experience. If you are buying an existing house or apartment, ask for evidence of insulation values and inquire about their construction materials. Houses are a long term project and thus you must view the costs similarly. The purchase price should also be weighed against the running costs over 10-15 years, as well as maintenance and repairs that may be required down the road.

Policymakers and NGOs: advocate for higher building regulations that reward the adoption of Passivhaus design. High-performance components are important however, it is only through rigorous energy modelling can you know a building will reach its intended targets. Push for and highlight the benefits of energy-efficient buildings, including the increased health of the owners.

Owners of social housing projects and aged care facilities: as some of the most vulnerable members of society, they too deserve living spaces that accommodate their vulnerabilities. Well-ventilated homes that require a mere fraction of operational costs compared to code-minimum buildings could be an avenue to explore.

Developers and designers: talk to homeowners about the benefits for their family. Fresh air for kids with asthma, acoustic privacy in dense neighborhoods, reduced running costs for heating and cooling, resilient in emergencies, potentially higher resale value, and comfortable temperatures all year round. Commercial clients could be persuaded by emphasizing the massive reduction in operational costs over time, including that of heating and cooling. There are many ways to optimise design and keep construction costs to a minimum while still meeting Passivhaus standards.

Government: better performing buildings will make for healthier people which will put less of a burden on the healthcare system and energy grid. Less casualties in extreme winters and heatwaves could also be seen in the design’s adoption. People who are healthier and comfortable tend to be more productive in their work as well.