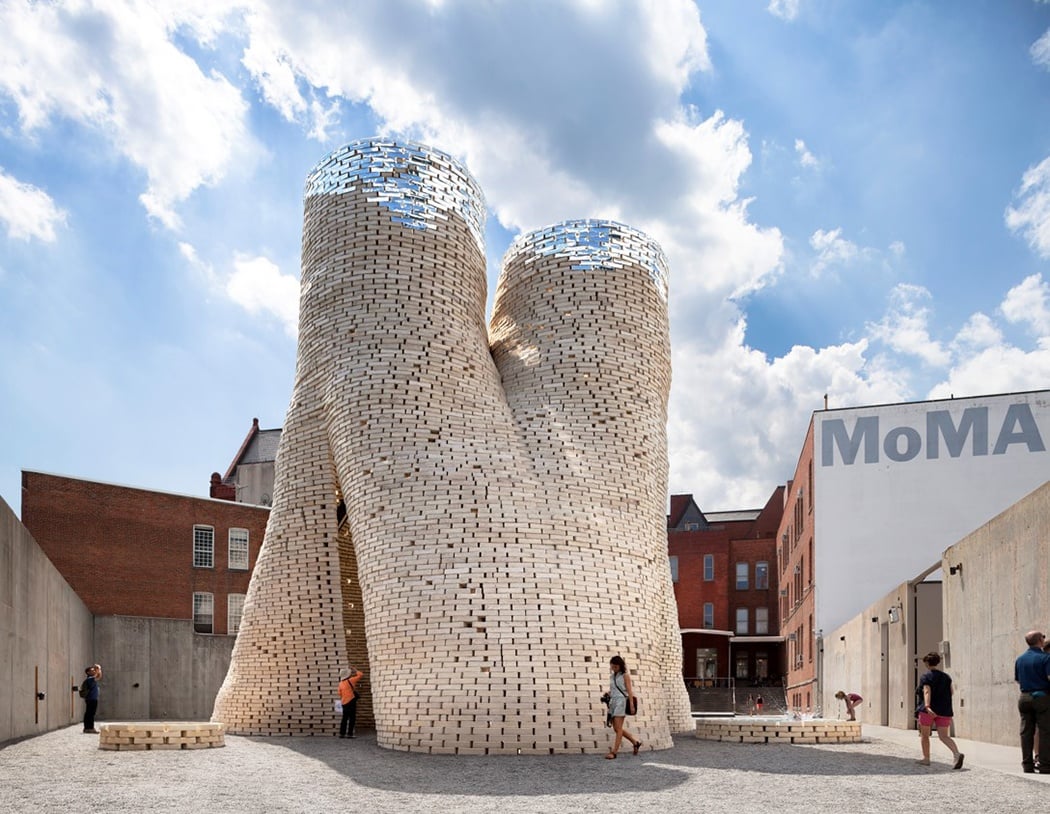 The Future is Biodegradable

Development of Bio-fabricated Materials in the Construction Industry 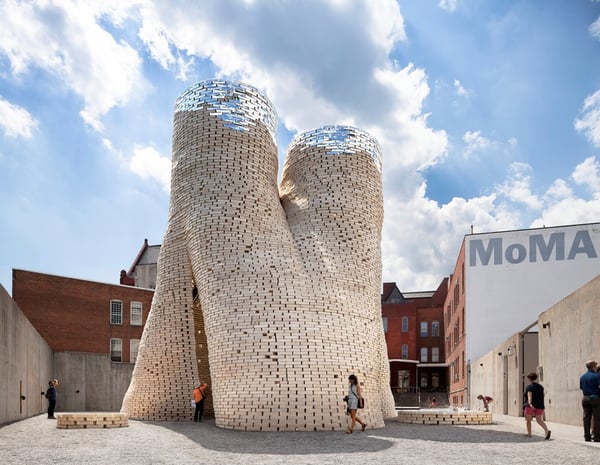 
The race to find the next sustainable technology or emerging materials research factor that will greatly reduce our ecological footprint as well as improve our environment is causing countless new materials to develop which hold the possibility of helping to achieve this generation’s sustainability goals. One of the newest and most promising is the mycelium brick. A mycelium brick is an organic brick that is formed from organic waste and the mycelium of fungus.

Mycelium are the thin root-like fibres from fungi which run underneath the ground, when dried it can be used as a super strong, water, mould and fire resistant building material that can be grown into specific forms, thus reducing the processing requirements.

This 100 percent organic material has been gradually developed across multiple disciplines, with the architectural and construction industry recently taking interest in its possible implications. 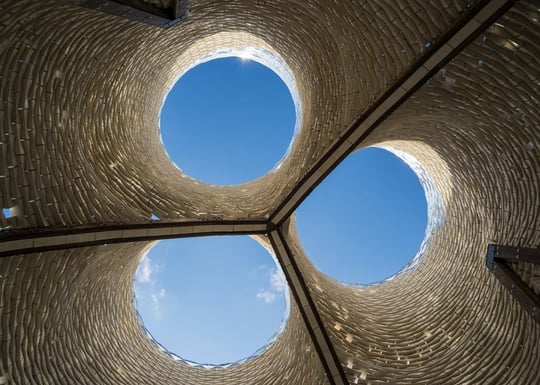 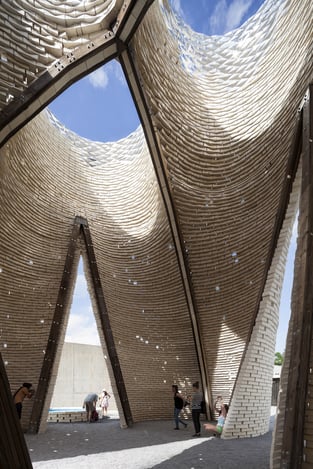 Mycelium has already been used in a variety of forms on a smaller scale, such as packaging, with companies such as IKEA and Dell using it as an alternative to polystyrene which takes decades to naturally break down and poses great difficulty when trying to recycle it. Mycelium packaging is created by using organic waste which is then cleaned and combined with mycelium which then will grow around the waste, sending out roots and fibres which digest the materials. It is then broken up and put into moulds, a solid form is then grown which then can be used in a variety of ways. Much like wooden furniture indoors it will be strong and sturdy whilst inside, but will break down after being overly exposed outside. 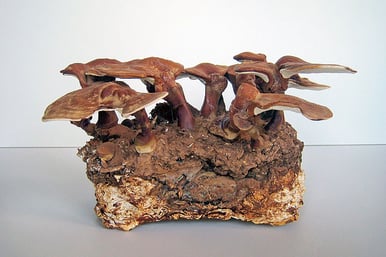 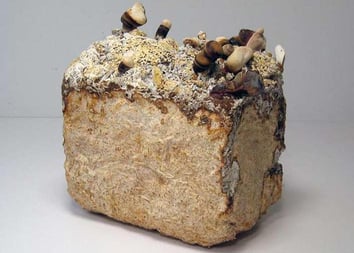 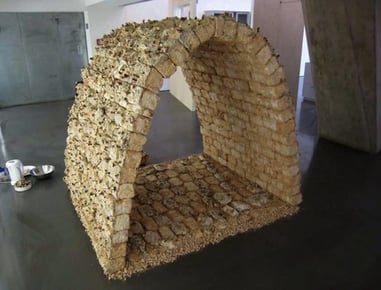 Other applications of mycelium include a composite board (Myco-board) which can be used much like MDF without the extremely dangerous formaldehyde which can cause respiratory illness if inhaled when sawn. Mycelium creates the possibility of growing furniture which can easily be recycled at the end of its life. The mycelium brick has slowly been developed and is created much the same as other mycelium products, by adding mycelium to crop waste collected by farmers, it is then poured into moulds and grown and dried into a sturdy material, the brick takes roughly five days to grow and become usable. Although the mycelium brick is developing, it is a long way from becoming a viable and widely used building material as its compressive strength is around 30 psi which in comparison to the 4000 psi compressive strength of concrete is dramatically less. However, relative to its weight a mycelium brick is stronger than concrete with a cubic metre of mycelium brick weighing 43 kg and a cubic metre of concrete weighing 2400 kg.

There are countless benefits of this means of production. By using mycelium there is a huge reduction on the reliance on fossil fuels, the embodied energy required for fabrication and a massive reduction in the building waste which is left at the end of the product’s life as the mycelium product is 100 percent biodegradable and can be used as soil. Through bio fabrication a carbon neutral building process can be achieved eliminating such products as artificial insulation used in walls, MDF and other non load bearing structures. Mycelium products can also provide other benefits such as termite proofing, with products being created which attract termites but when eaten cause a fungus spore to activate within the termite killing it and creating a fungus whose spores repel other termites.

Although in the construction industry the use of mycelium is still experimental, its development indicates a desire within the industry to create and foster a more “cradle to cradle” attitude towards building with people aiming to reduce the embodied energy of their products whilst also aiming for as little net waste as possible at the end of its life. In the future this product holds the possibility of being integrally involved in the construction process of buildings, being used for things like insulation and in lieu of traditional masonry. Specifically, to Australia, if this is eventually developed and recognised by the BASIX process it could provide enormous benefits to the country’s sustainability and energy usage goals. 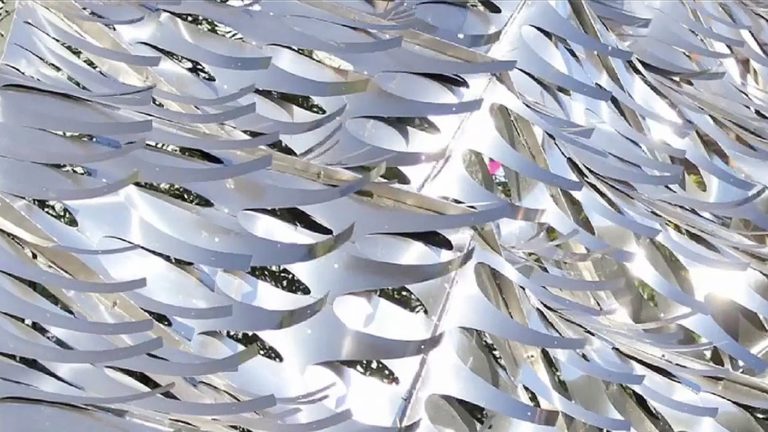 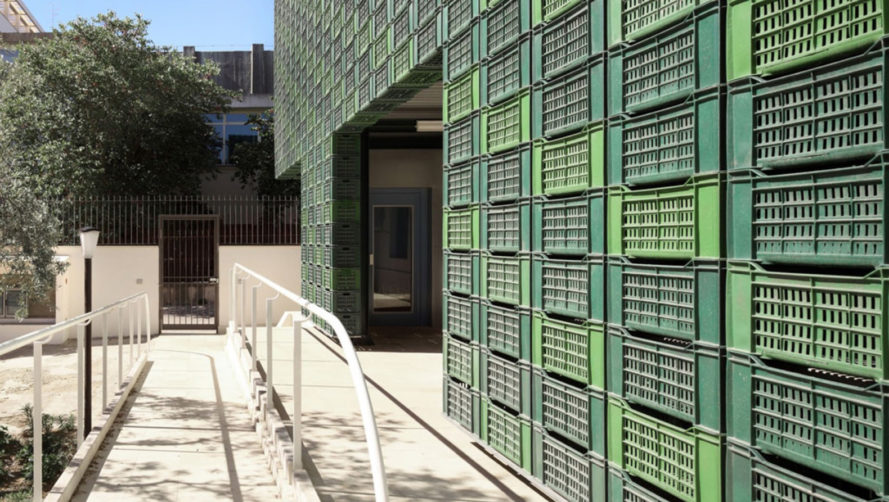