How Grasscrete is Reducing the Heat Island Effect 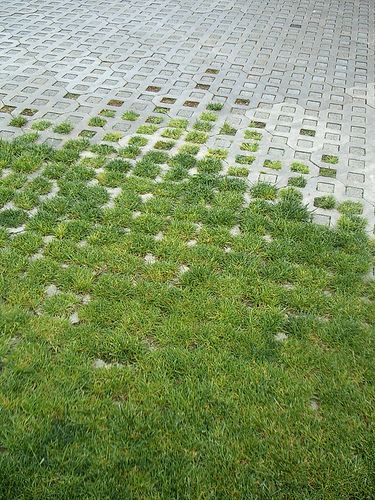 Currently in our cities, due to the sheer amount of thermally massive surfaces, the heat island effect is a large problem. This effect is caused when large thermally massive volumes absorb and retain heat releasing it into the atmosphere and heating the environment. Therefore, to reduce this issue several innovative structures have been created, one such material is Grasscrete. This system by perforating the concrete thereby reducing the total surface area and allowing grass to grow in the gaps, both reduces the thermal mass of the slab whilst also preventing flooding and excess run off during periods of high rainfall. 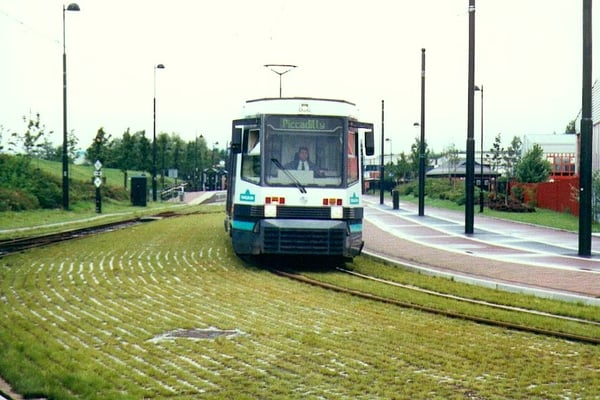 Grasscrete is a very low maintenance alternative to the generic concrete or paved surface. It is a type of void structured concrete cast Insitu using sacrificial form work made of either plastic or more sustainable recycled paper pulp moulds. There are three types of Grasscrete systems Concealed, Partially concealed and Stone filled. Concealed is completely covered, partially concealed has some concrete showing with grass pockets, and stone filled has the same pockets as partially concealed but instead of soil and grass it is filled with small stones.

This system also allows for the management of stormwater runoff and avoids washing away soil, creating a flood defence especially in urban areas. Due to the reduced water flow over surfaces and the reduced water build up due to the perforations in the concrete, water can pass through the surface unlike impervious concrete areas. This also prevents large amounts of contaminants from running into the stormwater system during high rainfall, reducing overall concentration, preventing run off of fertilisers and soil which damage the ecosystem. 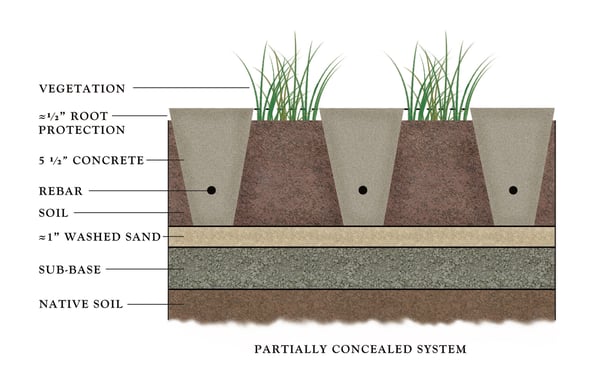 The functional capacity of the concrete is only marginally reduced through the perforation, however for residential use it is still highly suitable with cars being able to drive over the system. It also allows for the grass to live even after a car has repeatedly run over it with the top leaf structure being cut off whilst retaining the underlying root system, allowing it to reform quickly.

By implementing Grasscrete it allows for both the functional capacity of the concrete to be maintained whilst reclaiming landscaped area rather than having additional hard surface, which is a key component involved in BASIX certification in NSW (the percentage of landscaped area), making it a highly successful and relatively environmentally friendly option. 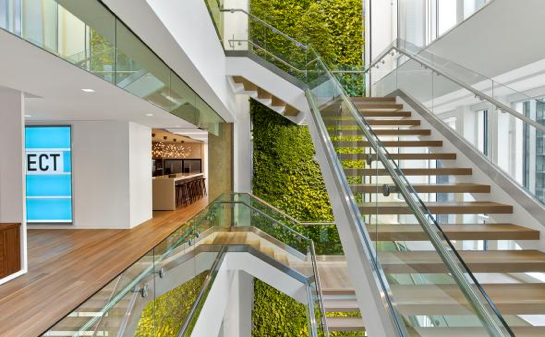